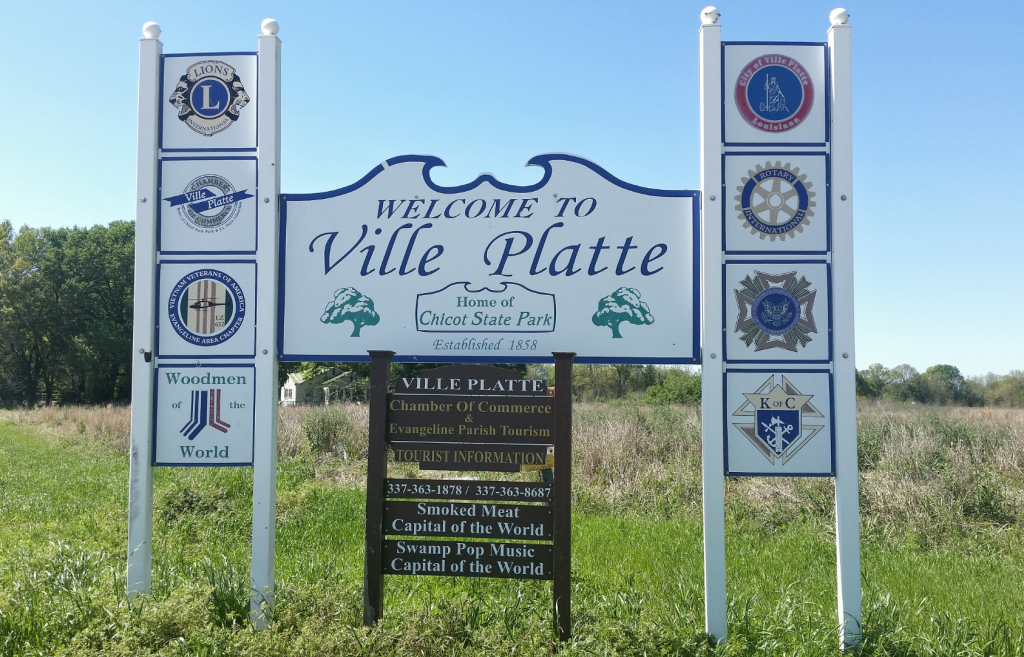 Exactly how Ville Platte got its rather unique name is still not known. The southern half of Evangeline Parish where Ville Platte is located is on the first “flat lands” when one comes down from the hill country of north Louisiana. The name suggests that because it was located on the flat “prairie lands” that the name “flat town” was selected. Ville is the French word for Town and Platte is the French word for flat. This is supposition, as the real reason for the selection of the name is not known. It appears that the areas were first settled in the 1780’s during the Spanish rule, as these are the first records found referring to the area.

The growth and survival of Ville Platte was probably because it was located on El Camino Real (the King’s Highway).

The town was first listed on a published map in 1854, four years before it was incorporated in 1858. The first post office had been established in 1842 with Marcellin Garand serving as postmaster until 1848. During this era, Ville Platte was a small trading area for the scattered inhabitants of the area. Most of the people of the area were of French and Spanish ancestry however, the greater part of the population was French. There was a scattering of English and Irish peoples.

Residents of the area were predominantly Catholic. The Catholic Church was first established in Ville Platte in 1854. The population of the area is still predominately Catholic. During the Civil War there were no major battles fought in this area, although many men from the area joined the Confederate cause. Ville Platte, like the rest of the south, suffered through the reconstruction after the war. The people were subject to the lawlessness that resulted and suffered at the hands of the “Jayhawkers”.

It was in the period between 1930 and 1940 that Ville Platte had its first boom. The population jumped from 1722 in 1930 to 3721 in 1940. This was largely due to the discovery of oil in the Tate Cove area about six miles north of Ville Platte. World War II served to increase the population again and by 1950, the count was in the neighborhood of 6600. The continued growth of the oil industry created many jobs and spawned the creation of a carbon black plant by the name of Cabot Corporation.

The creation of Chicot State Park with its 6500 acres of woodland and a 2500-acre lake was another boom to Ville Platte brings thousands of visitors annually. Since that time, several industries have located in Ville Platte. Cameron’s oilfield valve plant and Union Tank, which refurbishes railroad tank cars, have joined Cabot Corporation in creating Ville Platte’s industrial base.

Today, Ville Platte is rich in history, legend, agriculture, timber, natural resources, and in dedicated people. It is a colorful little town situation between Baton Rouge and Alexandria on US Highway 167 with a population approaching 9,000. Ville Platte has a large medical center owned by Life Point, Inc. There are public schools in Ville Platte as well as one parochial school and one private school. There are churches of all denominations. 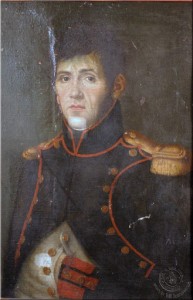 Popular legend states that the founder of Ville Platte proper was Marcellin Garand, an adjutant major in the army of the French empire under Napoleon. There are records that Garand obtained one of the first two lots survey and platted in what is now Ville Platte. The lots were located on the south side of what is now the main street of Ville Platte and the records indicated that this was in the year 1824. This appears to be the actual beginning of Ville Platte. Marcellin Garand operated a store and a tavern at this location. It was a stopping place for travelers traveling from Opelousas to Alexandria and further on.

The civic organizations include: